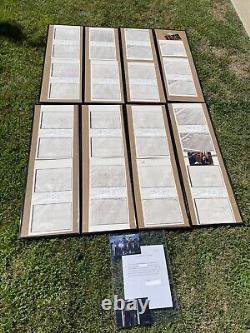 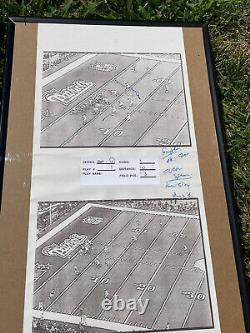 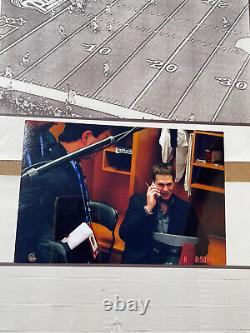 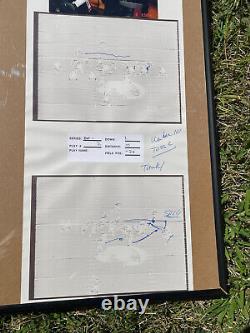 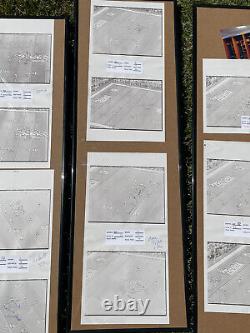 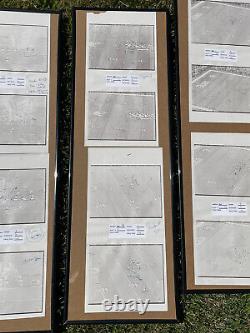 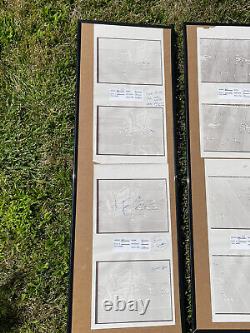 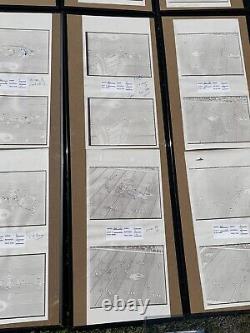 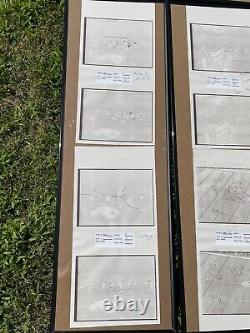 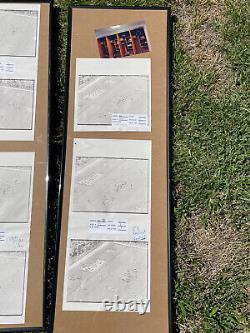 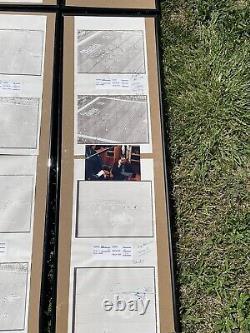 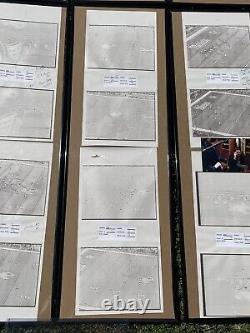 You can collect all kinds of Tom Brady items, but these are Game Used from his first Super Bowl and his first ever offensive play, he would have personally handled/used them, and once again, they are his very first Super Bowl plays! You receive play numbers 1, 2, 6-11, 13, 17, and 24-29.

You will also receive a letter of authenticity from the security person who originally picked these up from the Patriots sidelines. It indicates he was assigned to the Patriots locker room from when they arrived until they left the stadium. Show the company he worked for verification. These are truly one of a kind. These are from the greatest Super Bowl quarterback to ever play.

These are the sideline briefings used by the coaching staff and players during the game to review what defense they faced and how to beat the coverage next time they saw it. Many of these briefings have pen marks showing where Tom or his receivers should go, they also have names of defenses/plays like "over 3" "5 cent bingo" and more. At least 12 of the 16 sideline briefing snap shots have coaches/players pen markings.

Within the framed sideline snap shots and the letter of authenticity, there are four pictures of either Tom himself or of his locker. Some of the snap-shot sideline briefings are darker black and white and easier to see, the images and pen marks are good, there are some slight tears or creases along tops or edges of the paper.

This is a lightweight copy paper and depending on the ink in the machine will make the image lighter or darker. Makes sense that image play #1 is the brightest. There are some light discoloration marks on some of the images. Red and blue ink pens were used to draw on the images by coaches or players. A portion of the proceeds will benefit Triton Flight for Heroes. These are currently framed in several 11 3/4 x 36. This item is in the category "Sports Mem, Cards & Fan Shop\Fan Apparel & Souvenirs\Football-NFL". The seller is "williejoe777" and is located in this country: US. This item can be shipped to United States.